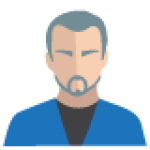 Viet Nam’s top ten products in terms of 2016 export turnover accounted for 71.8 per cent of total national export value, according to a recently announced statistics report by the General Department of Customs.

The rapid growth of Vietnam’s export-oriented manufacturing sector has boosted demand for logistics services. However, the local logistics sector has largely failed to fully meet demand. As a result, many enterprises are now looking for the opportunities to join the sector.

The action in autonomous trucks keeps moving forward at a rapid pace. For example, a few weeks ago ride sharing service Uber announced it was acquiring Otto, which is developing autonomous truck driving technology. Started by ex-Google managers and less than a year old, Otto was acquired for some $680 million, with the idea that eventually the autonomous truck technology would be married with Uber software for matching shippers with carriers, similar to what it does now with ride sharing for consumers.In fact, so much us going on with driverless cars and trucks that it is very difficult to keep up with the developments. To that end, Seth Clevenger, the technology editor of the American Trucking Association’s Transport Topics magazine, sat down for an interview with Michael Baudendiste, an analyst with Wall Street investment firm Stifel.